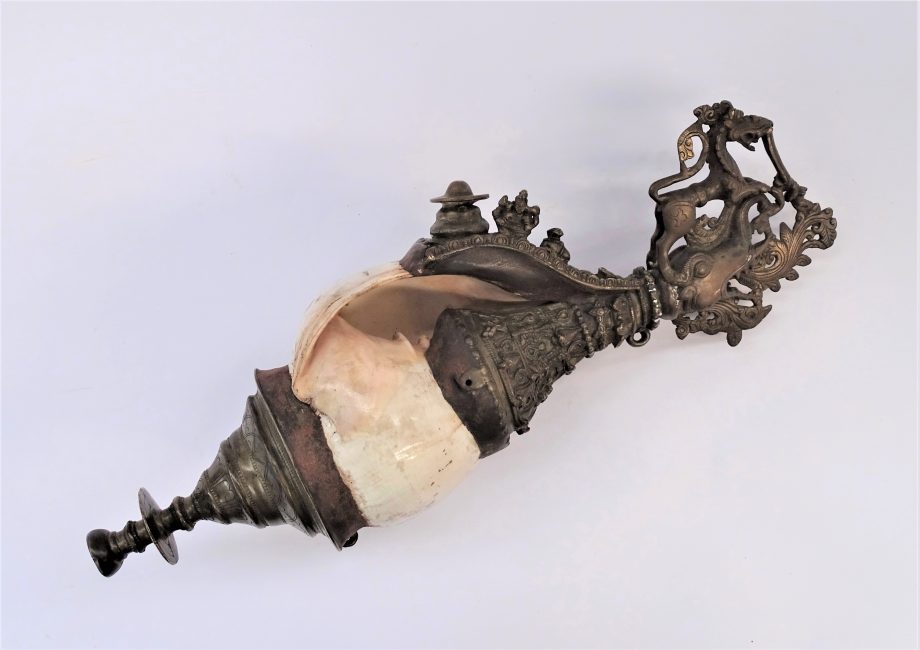 In many cases the shell appears in its natural state. In others it is provided with a metal mouthpiece and in some cases can have a metal extension, which represents one or more sea monsters evoking the traditional enemy of the conch. The richest monasteries use conchs with metal extensions.
Rarely is it used alone. Most of the time, two players are placed side-by-side and blowing in their instruments take turns in such a way that the sound is never interrupted. Since playing does not require great technical skill, it is frequently confided to young monks. Traditionally it has been used as a signalling instrument inside the monastic community.