The history of this collection dates back to the early 1980s. As a result of our love of music and playing in groups, we began to accumulate different musical instruments. What began as whimsical hobby, little by little turned into a full-fledged collection. Our first exhibition included 200 instruments and was organised in Hondarribia under the same title we've been using for exhibits ever since:
“MUSIC TO SEE. Instruments of the world”

See all +Some random intruments

The name -Music to see- is now a registered name used for exhibitions.

Since that time, we've taken a progressively deeper look at organology, as well as different aspects related to ethnic groups around the globe, such as rituals, beliefs and customs...

Today the collection consists of over 4,000 instruments, many of which are of great ethnomusicological and artistic value.

The work carried out encompasses the collection, classification, conservation and exhibition of instruments.

Based on our own personal criteria and after having visited several museums specialising in this area, we can safely say that ours is one of the finest private collections in Europe. This opinion has been corroborated on a number of occasions by ethnomusicologists, curators of musical instrument museums, musicology experts, university chairs, and other professionals.

A number of exhibitions have been organised at different locations in Spain and France. One of the most noteworthy took place in León in 1992, coinciding with “The Ages of Man” exhibit dedicated to music. Another was the two-year traveling exhibition sponsored by Caixanova in Galicia, showcasing an average of 350 instruments at each event. 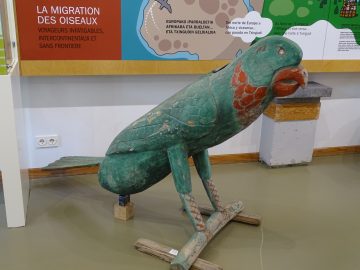