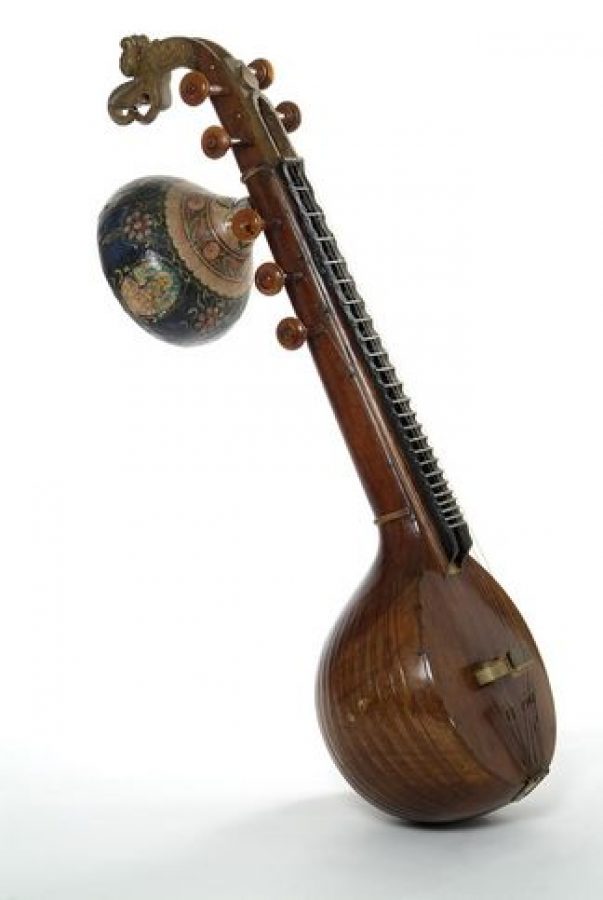 The round and deep resonator is made of noble wood. The long neck has yellow copper frets. An imaginary animal, called Vyali, is carved on the tuning pegs.
Is the main chordophone of classical music from the south of India. It is played only by members of the Brahman caste in the four states of the south  Tamil Nadu, Andhra Pradesh, Kerala and Karnataka-. Normally, only the sangita is played on it, an individual repertory and style of playing and improvising that is passed from master to disciple in long learning periods.
Famous schools of technique and style grew in the courts of the rajas, which continued to prosper during British domination. Today, the technique, style and repertory are changing due to the influence of Hindustani music from the states of the north.