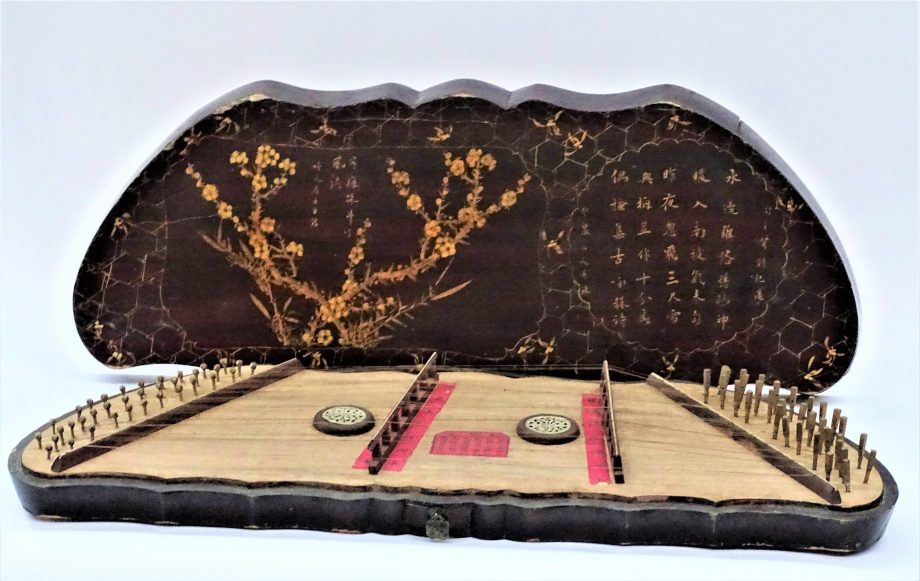 The thesis that the instrument was introduced by sea from Europe, and not from Iran through central Asia, is the most admitted. It is generally considered that the missionaries Tomas Pereira and Teodorico Pedrini were the ones who brought the percussion sitar to China.
It accompanies flute and violin solos in the ballads of various types. It is also found in the wind and string groups. Traditionally it has held an important position in the musical groups of the south of the country and, more recently, in the musical groups of central China.
Its sound produces a texture of its own, which combines with great ease with the common sound of the group, contributing dynamism and aura.