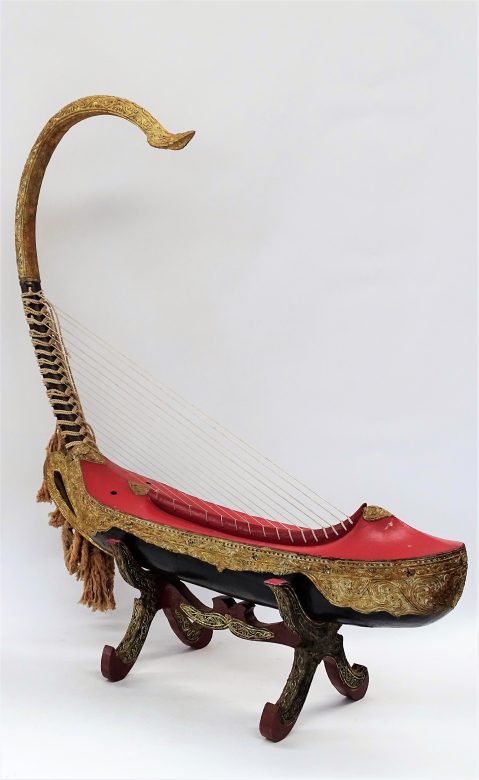 Mainly used to accompany vocal music. On occasions it forms part of a small instrumental group, being the pat-tala xylophone and the saung gauk harp its main instruments.
Its origins have been sought in ancient India, but today the only musical tradition in all of Asia is found in Myanmar. The instrument went through various stages of development. These were generally motivated by acoustic and aesthetic reasons. It has been used in the court for many centuries, and the members of the royal family were at the same time composers and players, which explains why these instruments are exquisitely decorated.
The harp is held on the knees, with the arched part towards the left. The strings are plucked with the fingers of the right hand, while the thumb of the left hand presses the strings near the arch causing a change in tonality.
It has several symbolic meanings, among which are included: Buddhism as the national belief; the dualism of gender; the court; the identity of Myanmar as a country.