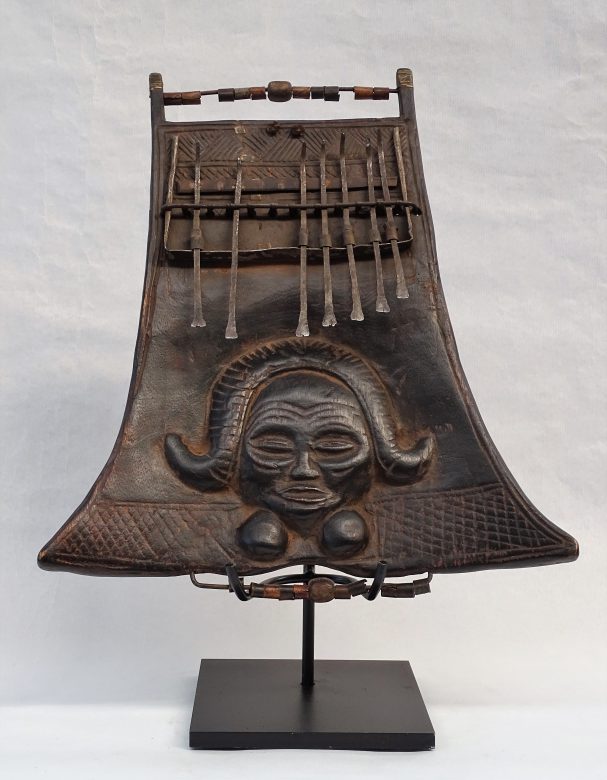 This instrument was originated in Africa. It comes mainly from the central and the western part and, except for some American black cultures, it can’t be found out of Africa. It is frequently added to the instrument a pumpkin as a resonator. It doesn’t exist a particular tuning for the instrument. The keys tuning can be modified by driving them fordwards or backwards in relation to the bridge, or putting in a consistent plasticene in order to increase its weight.

It is played as a soloist instrument or in group and it is commonly used for singings accompaniment.